Enough to Make you ALL jealous

We drove my truck for six minutes, jumped into our skis, and hiked for the next four or 3 and a half hours. Maybe four and a half, it was hard to tell because we were tired and excited. Ben was confident the whole climb that we'd have enough snow and be able to handle the descent. I doubted often, but voiced my doubts less often. Tim panted lighter than Ben or I, it felt unfair because he's the youngest and should have the hardest time... for some reason. We rounded our first corner after the road switched back twice, and scattered a herd of deer who we caught off guard. We all coveted their bodies as we watched them bound up the snowy mountain in an apparently effortless manner. I reassured myself that we were hiking to have FUN, and it was a GOOD thing we were feeling tired. It meant we would have killer turns. We talked about our friends, and classes next semester, and we looked back over our shoulders at the booming Mordor clouds that surrounded Cascade all day. We enjoyed the sun on our backs. The cheese curds Tim and Ben brought coupled perfectly with the Gushers I brought, and we hydrated frequently. Ben set a lofty goal to reach the summit of Little Baldy, Tim and I grunted reluctantly and I reassured myself again that it was all worth it for those turns. We hit the hardest hill at an angle. Ben told me to lead, and after two minutes spent getting myself tangled in the shrubs poking out of the snow Ben and Tim picked a different route. Tim handled the hill without hesitation. Ben put his skins and skis to their limits by trying to scale the hill directly, and failed. I spent ten more of the most frustrating minutes ever overcoming the mob of bushes, and just as I broke free I stepped hard on my right leg and my inner thigh cramped violently and I fell down. It was terrible. I felt so defeated and worthless.
But twenty minutes later (Tim and Ben waited patiently as I adjusted my gear and readied myself for the descent) we started turning in the crusty snow, and it was bliss.
Posted by Sam at 7:49 PM 1 comment:

Vista Circle, looking east at noon on the 26th 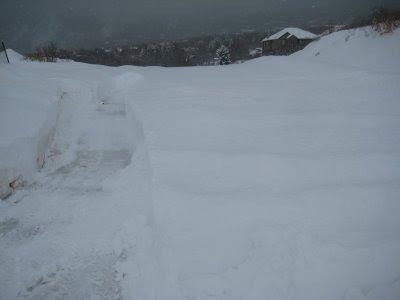 Posted by Scott Abbott at 12:19 PM No comments:

'twas the day after Christmas 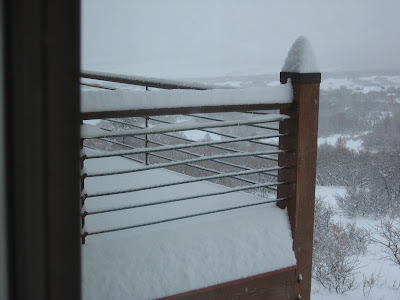 Posted by Scott Abbott at 10:30 AM No comments: 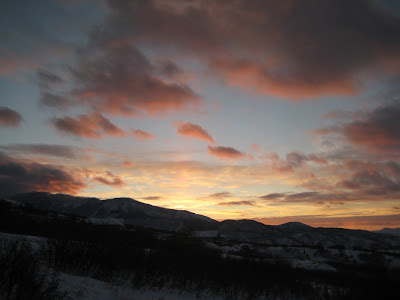 Posted by Scott Abbott at 5:37 PM No comments: 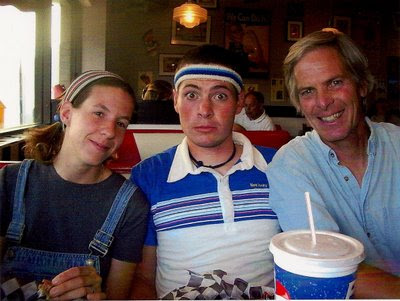 I'm not sure who those two duffuses are you're with, but you're looking good!
Posted by Scott Abbott at 9:41 AM 1 comment:

Some of you saw the rough draft, well here's the live reading from last week. Our little Sammy winning prize money and fighting against cybercommunication (in all its forms). Eat your heart out.


Pay attention to the time Sam spends reading. The instructions were for each reader to take 3 minutes. What a man
Posted by Benabbo at 10:42 PM No comments:

Tim turned to me after four hours and said "I'm done Sam. Nothing's registering anymore. It's no use."
I agreed with him. I felt a sudden twang of pity for math teachers, professors, and gurus around the world. How would it be to live every day with such splitting headaches? How would it be to have best friends who can't even talk, who are scratches of graphite on recycled tree-paper? I looked up at Ephraim Hanks --the grad student who was running the review session we were at -- and smiled at the thought.
A rousing 45 minutes of foursquare to end the night was fully needed and completely satisfying. Tim is the reigning champion. His name is whispered with fear around campus. "The rugged whale" is what they call him.
Our secret password for foursquare nights is "white rhino." It pops up randomly. Sometimes three times a week the word will shoot through the Logan city population of students. Sometimes once a week. But when it comes, adrenaline, anticipation, hyperventilation, and inflation always accompany the word.
It's a revolution. When people hear we're playing foursquare the most common retort is "I haven't played in a decade. " But when they come, they can't let it go. It's life-changing.
My alarm rang angrily at 6:15 this morning. I begged it for 10 more minutes and it obliged reluctantly. After a not-warm-enough shower and cold cereal, I ran up the hill to Tim's place where he was waiting eagerly. We commented quietly about how cold it was. I tried to calm my anxiety by telling Tim some solid suggestions I'd received about this test. We parted ways once we entered the Engineering building, and attacked the 40 problem brain-buster USU math professors had spent months preparing.
And now it's done and time to ski.
Posted by Sam at 9:35 AM 3 comments: 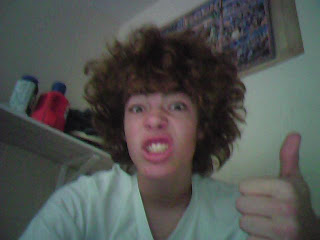 I just woke up and I am getting ready for my first final, too bad I forgot to buy a scantron, good thing they sell them in vending machines along the way. I love all you guys
Posted by Tim at 8:34 AM 1 comment: 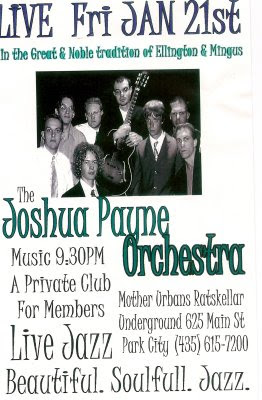 Three times in two days I've been invited to Ugly Sweater Parties. I'm flattered by the invites. I like feeling like I have something to be a part of and the crowds that show up to such social places tend to be interesting and fun to be around. My first sweater party was at Rachel Gianni's house by the Logan Temple three years ago.
But what was different about these invitations was the fact that I was singled out. I was approached by people who knew me fairly well, and it went like this. "Sam, you should come to an Ugly Sweater PArty we're having tonight/tomorrow/this weekend. You've got some sweaters that would be perfect. So, what do you say?"
I didn't know how to respond the first time. I said maybe and walked away with my head down. I thought about it and decided that person (will remain unnamed) was bluntly rude for telling me to my face that she thought I had ugly sweaters. When the second person said something similar I decided to call her out on it.
"So you're saying my sweaters that I wear every day are ugly?"
They denied it flatly and knew me too well to take me totally seriously.
The third person got a loud scolding in a public place from me and they walked away complimenting my sweaters insincerely to try and make up for their flop.
Moral of the story: An ugly sweater used or bought only for cheesy parties to one person is another person's only defense against hypothermia.
Stand up for what you wear and don't worry too much about what you wear because someone will just call it ugly.
Posted by Sam at 1:13 PM 3 comments: 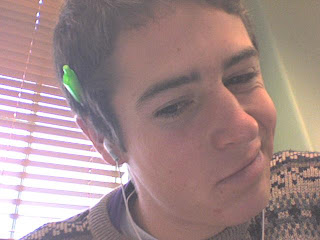 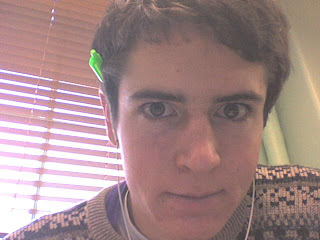 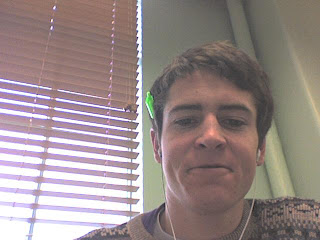 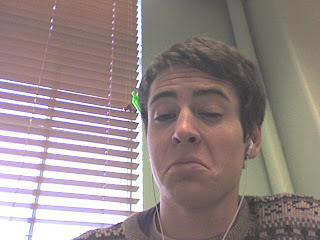 Labels: I had to try out the camera on this university MacBook. I tried to be subtle in my face-making because there are thirty people around me who look frustrated and stressed.
Newer Posts Older Posts Home
Subscribe to: Posts (Atom)