Ben in the Dark and Cold

Our flight from Las Vegas to Fairbanks left at 3:00 pm on January 15th. It was 54 ° and sunny when we left. My wife of two weeks, Rachel, was on the phone with my new father-in-law, Keith.

“It was 40 below in Fairbanks last night.” She assured me that negative 40 (or “40 below” as you say in Fairbanks) wasn’t that different from 20 below. “You’ll be fine.” As she talked I sucked in air like an Apollo crewmember before launch—knowing that these breaths might be my last.

At 35,000 feet I saw that there was a dusting of snow in Death Valley—not a good omen.

“I went to Fairbanks once,” the hulking man sitting next to us volunteered. “Snow was so dry it froze my eyes open.” I smiled politely, blinking back my anxiety.

“I’ll be fine,” I murmured to myself drifting into a troubled sleep.

From the plane, Anchorage looked like a WWII fortification hunkered against the ocean and cold.

“In Fairbanks they call this place ‘Anch-arauga’.” Rachel winked at me.

Keith met us up at the airport. My bike box had been ripped open and one of our suitcases was missing a wheel. We dragged our luggage to the automatic doors

which parted to reveal a sea of steaming vehicles. Keith’s car was running in the middle of the road. The bags slid better on the packed snow as we quickly made our way through the rumbling jungle of trucks and taxis. By the time we had the car loaded I was numb from my fingers to my elbows.

“Lucky you guys didn’t come in yesterday, it was really cold.” His car thermometer read 9 below. Rachel and I fell asleep on the drive home.

I rose with the sun, remembering vaguely falling asleep at Keith’s. Rachel was still asleep so I crept downstairs planning on surprising her with breakfast in bed. Keith walked in from the garage as I stepped into the kitchen.

“Huh? I’m back for lunch.” Sure enough, it was almost noon. (Since then I’ve realized that the late sunrise is a great Fairbanks perk—10:00 am is a great time to wake up.) We thanked Keith and headed over to our new home on Farmers Loop to settle in.

At that point I had still only spent a total of two minutes actually exposed to the Alaskan winter. Bouncing along the icy road, I saw people moving around outside, like in any other place in the lower 48. Schoolchildren weren’t huddled in groups around heating vents—they were playing in snow banks along the side of the road. There was even an old man walking his yellow lab from a snowmobile (or “snowmachine” as you say in Fairbanks).

That night, comfortably moved in to the home where we would be house sitting for the next few months, we burrowed under our down comforter. To economize on heating bills we set the thermostat to 50°. Around midnight I heard a stomping and scraping sound from beside the garage. Rachel rolled over, muttered an unintelligible explanation and fell back asleep. In my long johns I slipped out of bed to investigate. I instinctively picked up a rifle I’d noticed stashed under the bed and, after confirming that it wasn’t loaded, padded into the living room.

Even at midnight the field in front of our house glowed with reflected moon. Strafing around the corner, the empty gun tight against my shoulder, I slid behind the couch. The grating started again and I leaned forward peering under the deck where I assumed the intruder was trying to enter. I made out some movement and gasped as I realized the alleged burglar was actually chewing on the house. I flipped on the porch light to deter the aggressor and lowered the gun as a cow moose looked up at me with more lazy indifference than a cop writing a speeding ticket.

“Welcome to Fairbanks.” Her black eyes seemed to say.

Posted by Scott Abbott at 9:21 PM No comments: 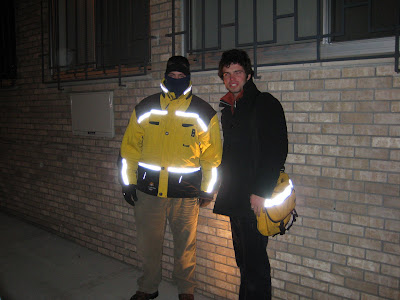 Posted by Scott Abbott at 10:05 PM No comments:

Maybe This Will be the A Train 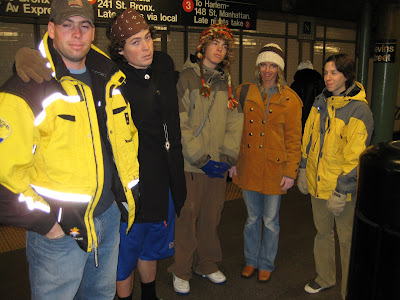 Posted by Scott Abbott at 10:03 PM No comments: 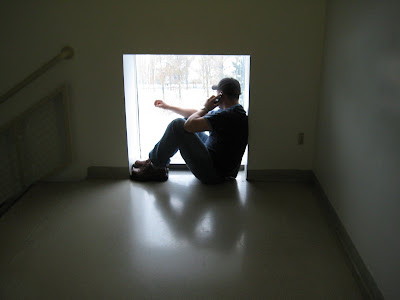 Posted by Scott Abbott at 10:00 PM No comments:

A Couple of Models Leaving Parsons 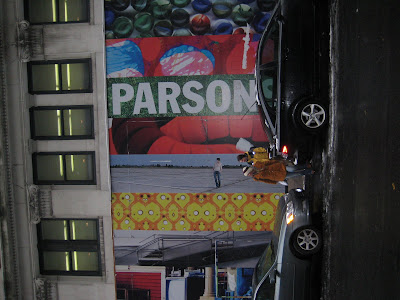 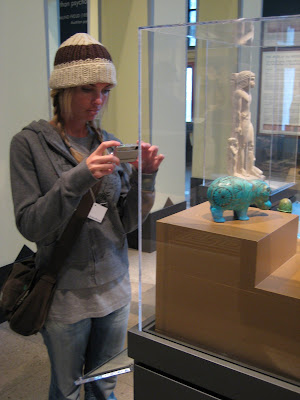 Posted by Scott Abbott at 9:54 PM No comments: 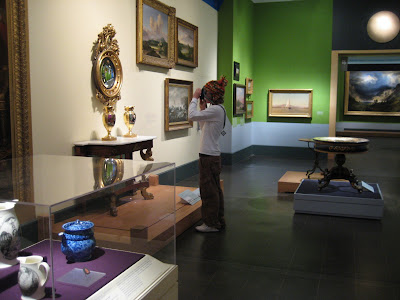 Posted by Scott Abbott at 9:51 PM No comments:

Take the A Train (or was this the shuttle?) 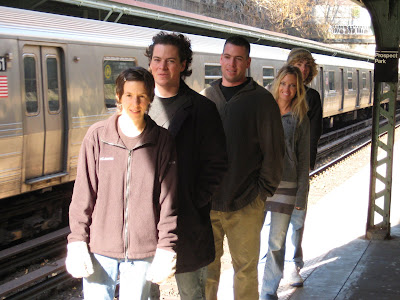 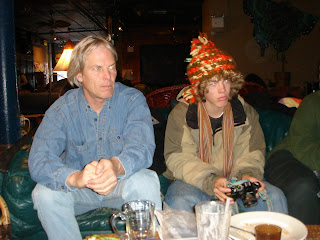 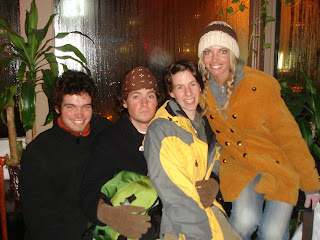 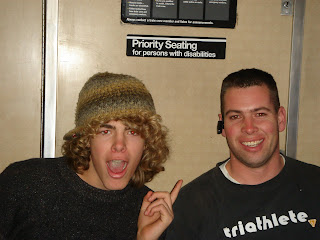 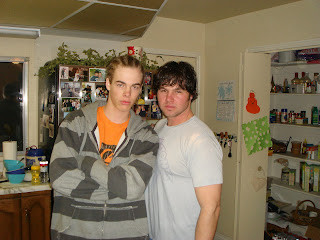 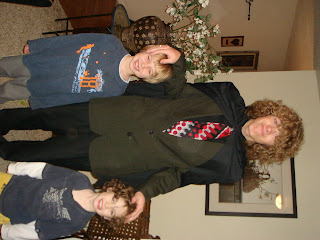 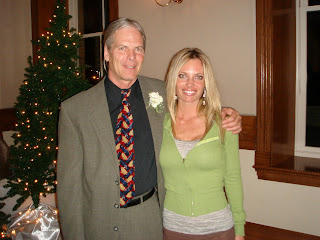 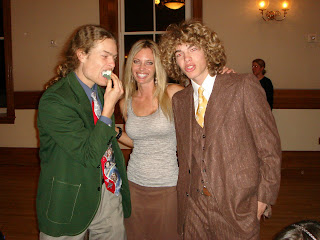 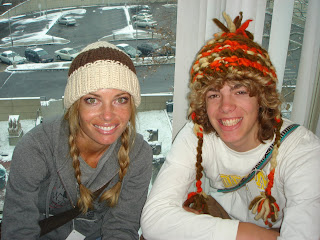 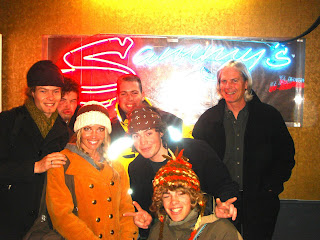 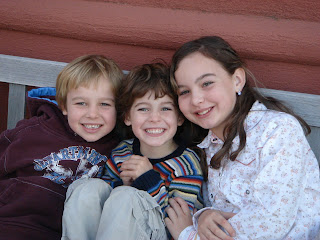 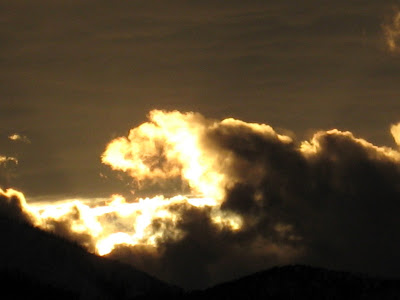 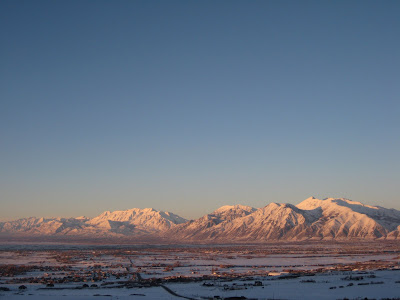 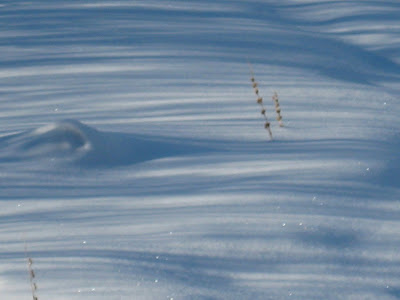 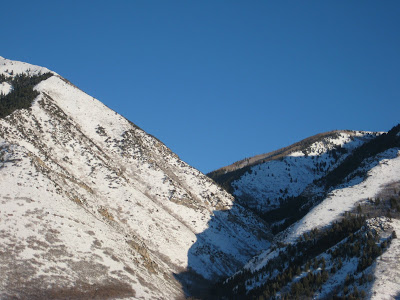 How 'bout we use this blog to share pictures, stories, and whatever this site will accept from us?

A couple of blue photos (after the roots photo on the header) from today in Woodland Hills. I was sitting on the deck in the afternoon sun, the skin on my face soaking up light and heat. The shadows deepened, and out came the camera.
Posted by Scott Abbott at 4:31 PM No comments: